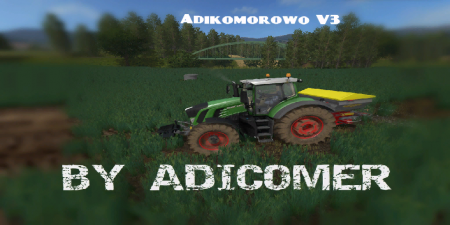 The map I wrote to me and my colleague.
Another release will probably not be, maybe I will spend sometime in the winter, now there is no time for the computer
One farm has undergone a general modernization, the other on which cows have added a building where grain can be stored. On farms, a trigger has been removed for pouring grain into the so-called “silos”, the grain is poured into magazines as it usually prevails in real life. On the farm with pigs and sheep breeding was added so-called. A drying room where you can pour cereals (in fact, it’s a grain silo, but in the mind you can play it as a drying room. where and as you know from previous editions, there are several map edits, but you will find out during the game (no I have time to take pictures and describe where and how) I wish you a nice game
– ask to write in the cell, or if I find the time I will answer it.