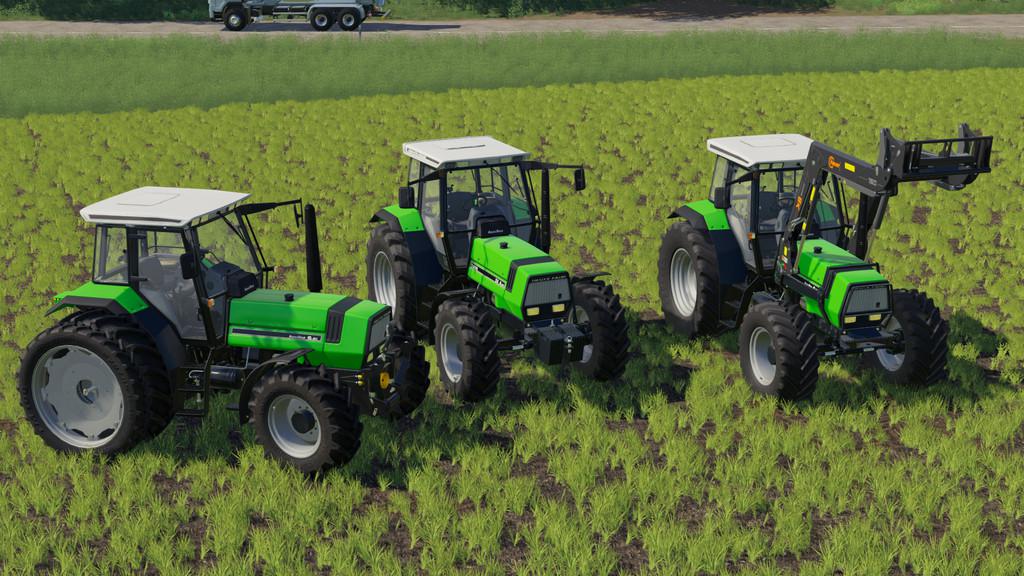 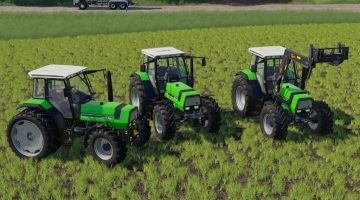 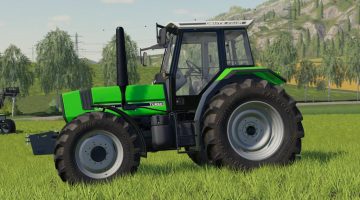 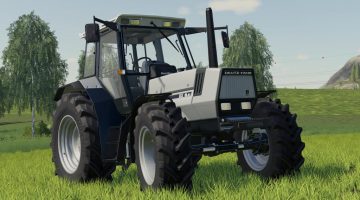 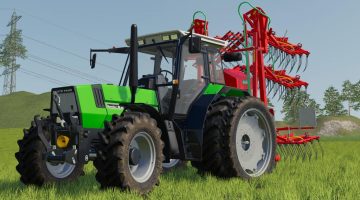 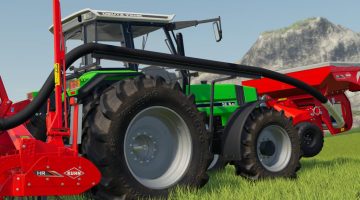 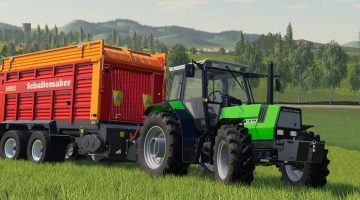 This Deutz Agrostar 6.61 is completely overhauled in comparison to the original from FS15 and quite a few features were added. More on that below.
But first some technical data.

Other Features:
* This tractor is RealManualTransmission (RMT) ready! (4 configurations, 2 transmission variants each as 30kph and 40kph version)
* This tractor is simpleIC ready (windows and doors can be opened with simpleIC – needs simpleIC mod active in savegame)
* edited engine-sound XML for realistic load sound even at low RPM, ideal for use with RMT
* steer knob animation for driver

Now a few words to the model (for those who like to read, or want to know)
– The model is completely reworked. The proportions/scale and measurements were brought to a realistic level
– new front fenders made
– new rear fenders made
– The entire tractor is FS19 material system except the Interior (thanks to Silberdistel1808)
– all rims and twin connectors are newly made for this tractor (thanks to IrrSinnRainer)
– the hood was reworked to be smoother and a few details added
– front hydraulics reworked to include more detail
– Hauer frontloader console custom made to fit this tractor
– the new version of the cab was made to fit with the real tractor, the interior got a reworked control panel at the right.

You can still see that this Deutz is an old FS15 model, but I think with the edits and changes done its still nice to play in FS19, and also visually more realistic.