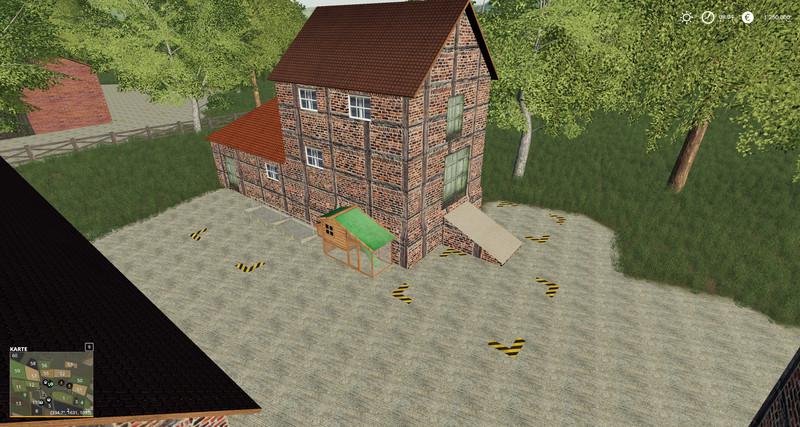 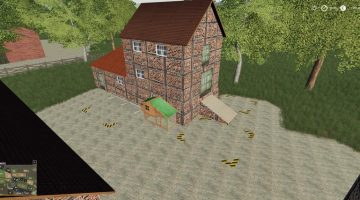 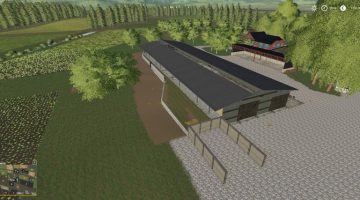 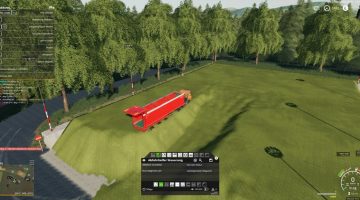 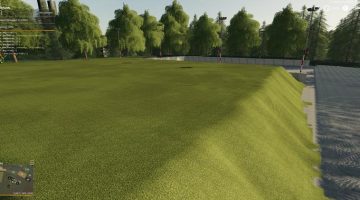 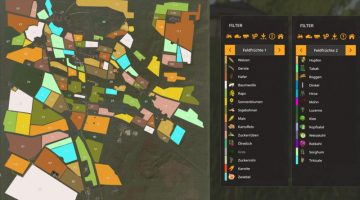 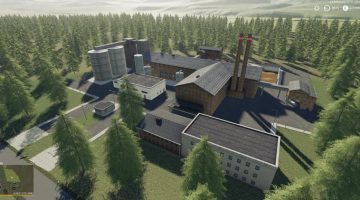 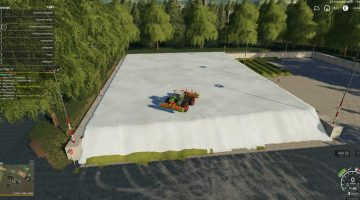 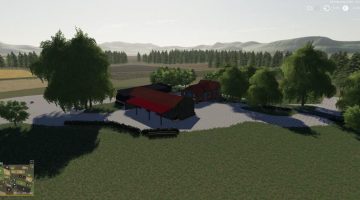 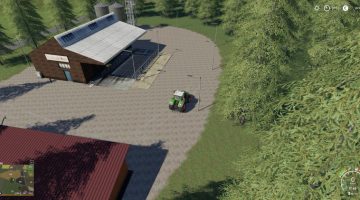 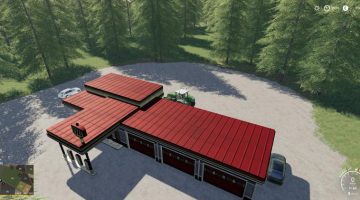 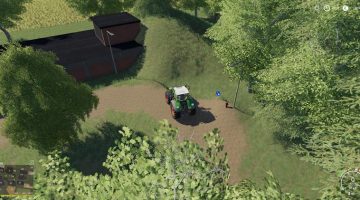 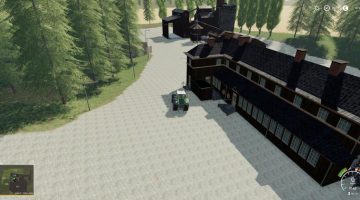 The textures were taken over completely by the LS15 and not adapted. Therefore, it may be that they look ugly.
Due to the conversion, unfortunately, the mast systems and all animals had to be removed from the map.
In the LS19 you can use the Placeable objects.
Furthermore, the wedge silos in the BGA had to be removed and replaced with sliding silos.
Unfortunately, the capacity of 14M per silo could not be kept, this is LS18 conditional.
According to the test you get about 9M in each silo. The other silos were retained and LS19 made ready.
Then I set up the farmland, where some farmlands contain 2 fields. This is due to a limitation of Giants.
The manure pits on the map were created like stations. Entered are manure and digestate.
The compound feed store is also based on the stations, you just have to sort what comes in where and can be found on the conveyor belts.
Where compound feed is tuned pig feed can be stored between. Also with the silage the wood chips.
You get water at the waterworks at the hydrant, at cereals Werner at the fire hydrant and in almost all water dikes and lakes.
At the moment there are no launch vehicles and no transport missions.

Changes in version 0.95
Sugar factory swapped model.
Lost Hall at ponnyhof found again and placed in the right place.
Fixed some decoration objects.
In the BGA the 2 large silos extended. Now fit about 11.5M Hächselgut purely.
Lighting installed on the BGA.
Textures lightened because in the LS19 were very dark. Is on the new texture system, where I can not handle.
New fruits made of rye, hops, carrots and onions. Rye is activated as a misfire fruit,
speak is also planted by the AI.
To harvest the carrots and onions you can use the from the Südhemmern map.
Some buildings activate the collision and built movable gates.
Fixed various bug fixes like floating trees and grass on the streets. But still can show up.
Hotspot point attached to the waterworks.
A new savegame is needed due to the new fruits, the sugar factory Selltrigger and some terrain adjustments.

Changes in version 0.96:
The old cowshed is back. Also the chickens and the sheep. To be found in the old place. Unfortunately registered for FarmID 1, other Giants does not allow.
New fruits: Tabbak, spelled, millet, poppy seeds, alfalfa, clover, lettuce, wheat cabbage, red cabbage, sorghum and mixed cereals (triticale)
Prepared for compost, but no outlet.
SnowMask for Seasons installed.
A new Savegame is needed, because of the new fruits and the stables.

Finally I thank Bullgore for the map and the release that I may upload the LS19.
I also thank the users on the Giants software Discord that there errors could be found and eliminated.

Views: 429
What is Farming Simulator 17 mods

FS19 A JnJ Farm with Seasons and Animal EXT v2.0

Picturest setting, especialy with seasons, has custom animal placables with...