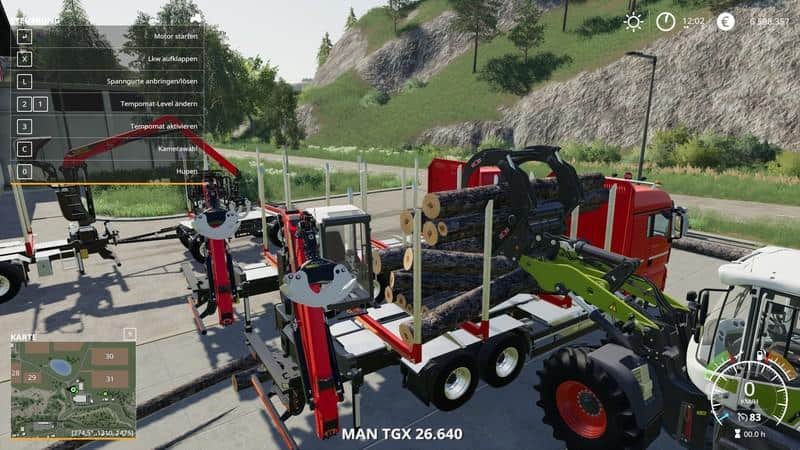 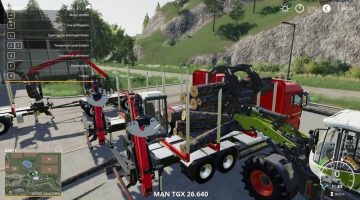 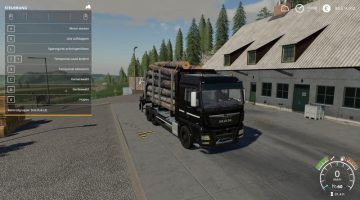 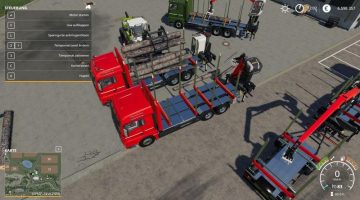 Hello people I have the new version of because forest truck From Forst_Meister (who I’m in the forum wanted to delete and did not cut it).
There was a control group for the supports on which you can drive the individually on and off.
The driving stability was there as well as the tire pressure.
With tires exchange on Nokia, color selection on rims, crane, truck.
The mirrors were adjusted that you can see something.
The folding speed at the crane was adjusted.
Sun is the same as the old one of which is under the name Forst_Meister uploaded.
I hope you like it as well as the other one

Version 1.9.0.0
I moved the stanchions to better load and unload with the wheel loader
A new bracket for the rags was installed