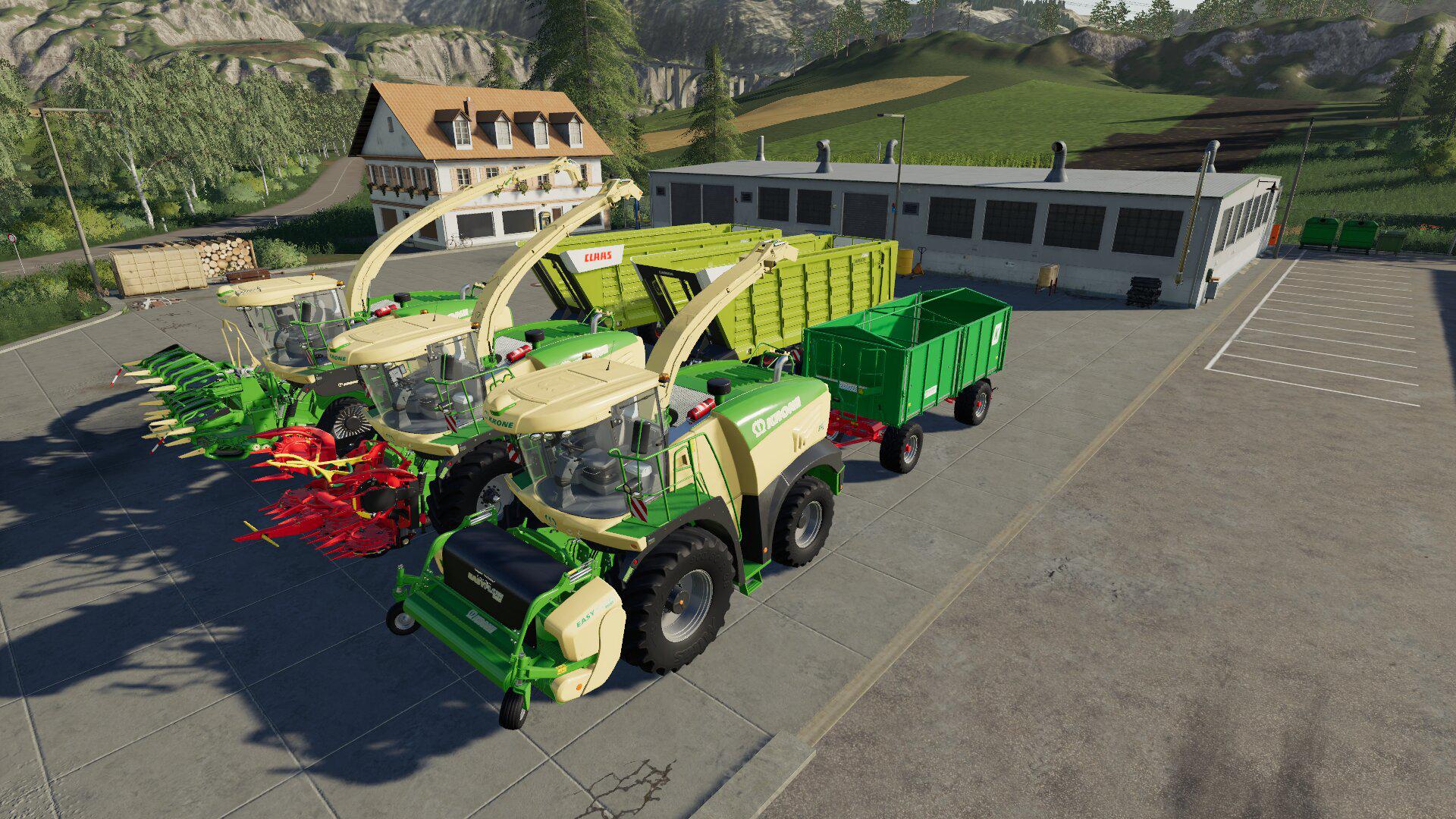 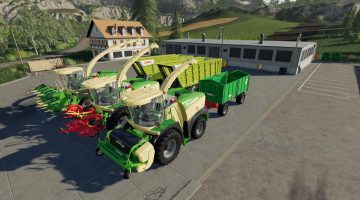 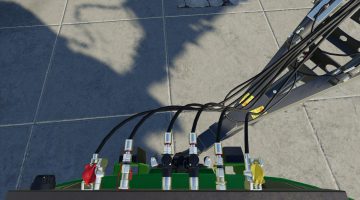 This is a pack around a forage harvester the Krone BIG X 580 from Giants that I edited a bit in my sense as I thought it would.

What was done like that? First everything was put into a pack and everything was added to a MW category. There is now a MW category for the vehicles and trailers / devices where the vehicles / devices can be found.
Various color choices have been added to the Big X, as well as various configuration options, a tape drive can now also be selected, and it can be selected whether or not you want to use a tire pressure control system (RDA) .The pressure must first be adjusted with CTRL + Page up or Page down and then press CTRL + P to adjust the pressure The pressure is displayed at the bottom of the help window (F1). Furthermore, the BIG X has hose connections for hydraulics, electricity and air for coupled trailers as well as an animated (when coupling) coupling for ball head attachments. There are also hydraulic connections for the attachments on the BIG X as well as on the attachments. A different horn sound is also installed, and the chopper now turns on the flashing light when reversing as well as the rear work lights: D.
Hoses for hydraulics have been added to the attachments and color choices have been added so that everything can be color-coordinated.
The chopper and the header trailer have also been given selectable license plates.
With this chopper it is possible to chop up straw and recharge it. If you want to do this, you have to buy the pick-up included in the pack that is suitable for straw and reconfigure the chopper to output straw. If you want to do this you need a map prepared for it, a map would be this one Hinterkaifeck by Team MW or here the TUT how to do it yourself.
The cutting unit carriage for the Krone XDisc 620 is equipped with a tensioning belt support, as are the 3 Krone XDisc cutting units.
I must have forgotten something, but you’ll find that out now, but I hope you have fun chopping.
Again, if anyone is surprised that the Hächlser does not recognize a trailer, please check the output configuration, which should be set to Hackslegut / Chaff.
You can watch the whole thing down at the driver’s door !!!!!!!!!!!!!!!!
Support is available here and not in the comments;) please click here
This mod pack may only be published on other sites with the original link
Please have that much respect
If someone wants to support us, he can do so here
Thank you