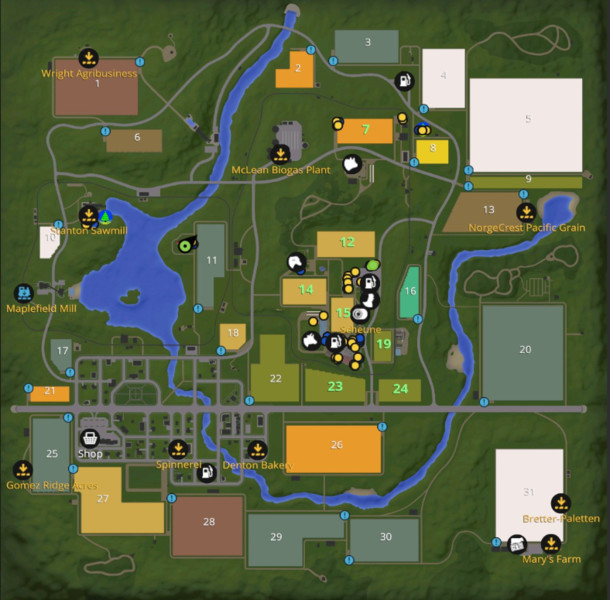 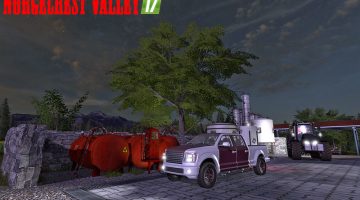 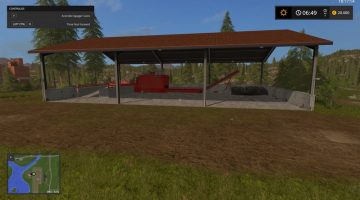 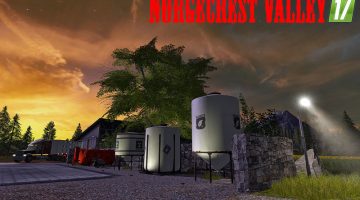 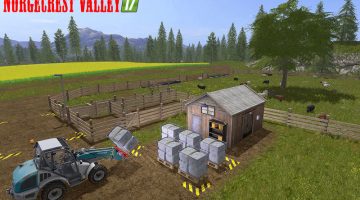 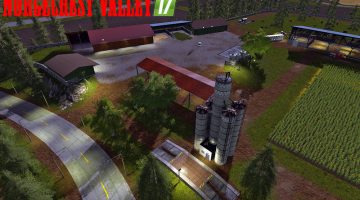 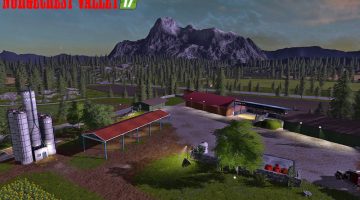 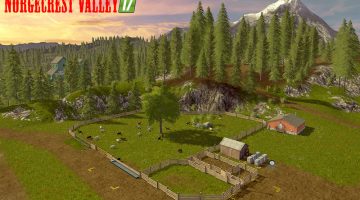 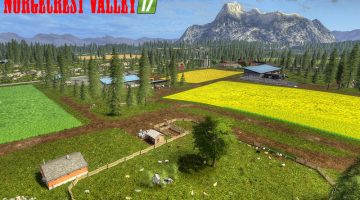 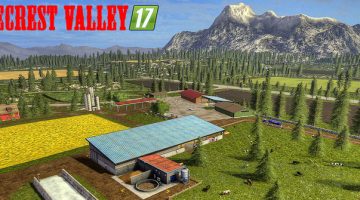 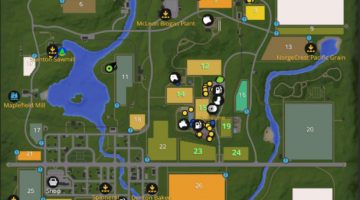 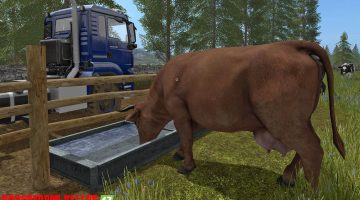 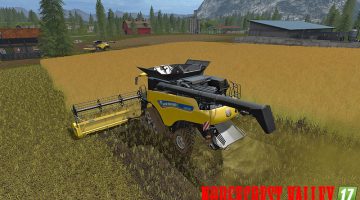 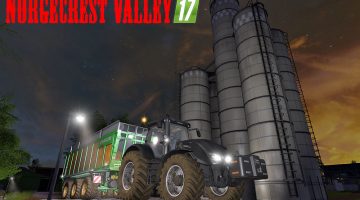 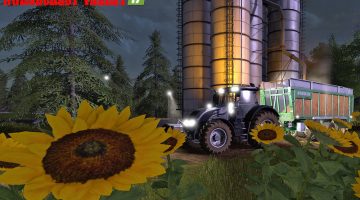 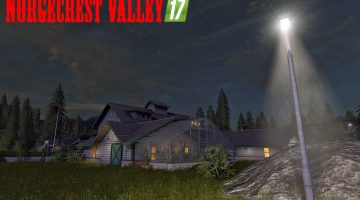 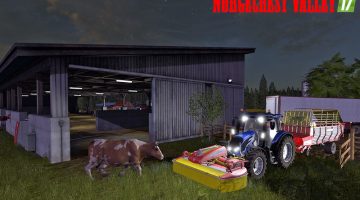 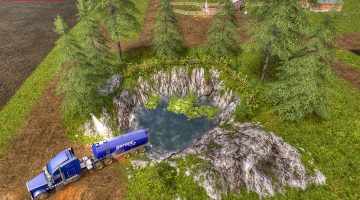 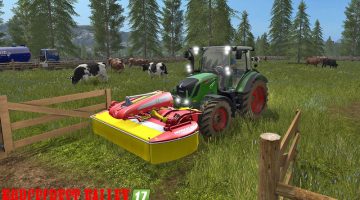 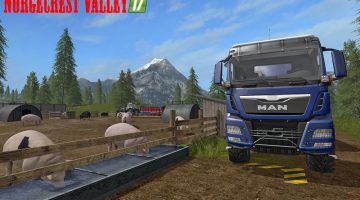 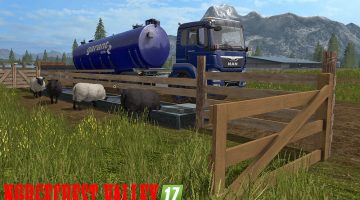 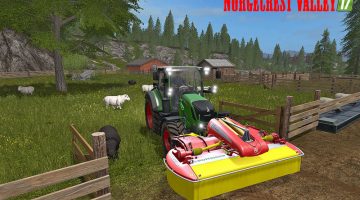 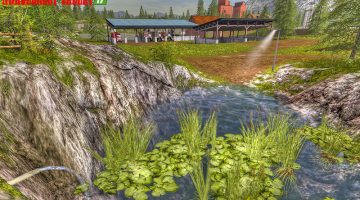 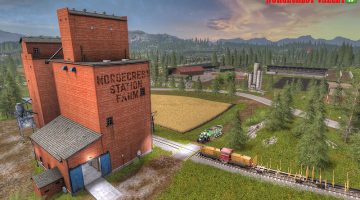 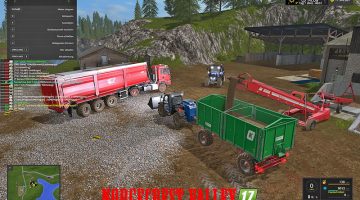 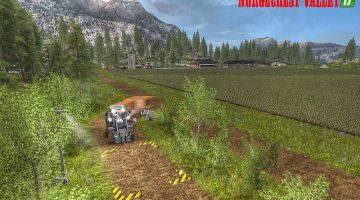 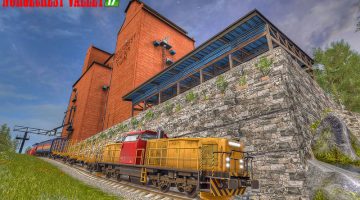 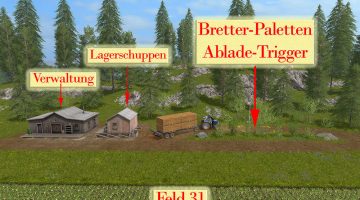 Hello friends of the LS 17,
Here now also by me a rebuilding of the Goldcrest Valley. Although it has not become Norgeholm, but a beautiful new or rebuilt map with lots of news. 😉
And now here a few data, which was changed or rebuilt.
Changelog of the NorgeCrest Valley 17 v1.0 (The map was tested extensively in the SP and on the Dedi and the log is error-free.
* ChoppedStraw including the necessary textures.
* Animated animals for pigs, sheep and cows, so that the animals also drink water.
* The farm was enlarged and partly rebuilt.
* Cow pasture laid on the farm.
* Sheep grazing on the farm.
* Animated gates at the cow and sheep pasture. Thus grass can be mown there.
* Washing place included Kärcher at the yard.
* Seed, mineral fertilizer and liquid fertilizer tank installed on the farm.
* A medium sized and a small Lizard vehicle hall including new MP-capable niggels lighting installed in the yard.
* Wolf’s system Biomass and vehicle hall installed on the farm.
* Hoftankstelle at the farm.
* Additional fruit varieties added to all silos and the Railroad Mill – see explanation.
* Both trains are so modified that they can also load and unload the additional fruit varieties.
* Additional wooden loading crane on the railway line next to box 8 installed.
* Main street leading to the courtyard is provided with a street lighting.
* The courtyard silo and the transit silo on the farm were also equipped with lighting.
* In some places, the courtyard itself also received some lighting.
* All fields have been preserved and have not been a victim of the transitions of animal pastures.
* In the places where the cow and sheep pastures were previously, a large grass area has now been created. So much more space where you can place mods or simply use the meadows for gras stitching.
* And what else I forgot to mention. 😉

Explanation of additional fruit varieties:
In the following locations – Hofsilo, Central Transport Hub, Goldcrest Pacific Grain and Maple Field pool can fruits wheat, canola, corn, barley, sunflower and soybeans , now additionally also potato, sugar beet and wood chips are loaded or unloaded.
When Railroad Mill , besides wheat, barley, canola, corn, sunflower, soybean, potato and sugar beet , now also also chips are sold.
Both trains can load and / or unload the following fruits:
wheat, barley, canola, corn, sunflower, soybean, potato, sugar beet and wood chips .
Subsequent mods should be present in the mods, so you start on the Norge Crest Valley 17 no building items:
* The Multi Storage Shed: http://www.fsmods17.com/multi-storage-shed-placeable-v-1-4-fs17/ to be able to store straw, grass, hay and pig feed.
* The vehicle shelter, the small and large vehicle hall of Lizard are GIANTS and were with me already there and had only to be downloaded in the Ls17 Mod menu.
And now I wish you as much fun and joy on the new Norge Crest Valley, as I have,
Pandahma
Use only with the original downloadlink!
Only with the original DL link in other forums!

Version 1.4 ChoppedStraw & animated animals
The log is error-free). There is no need to start a new game. *
* CompostMaster 2k17 for producing compost in field installed 11 (former sheep pasture).
* At the BGA, silage and dung can also be unloaded with a trailer.
* When SAWMILL increases the unload trigger for wood.
* Oats and rye now also serve as pig feed.
* LelyJuno100 inserted as “start vehicle” for the cowshed.
* Sale of mixing now possible. Customers are Mary’s Farm and the Maplefield Mill (Railroad Mill).
* Update to FarbikScript 2.0.1.0 (Bugfix).
* Bugfix AdditionalMapTypes – white tarp of fertilizer spreader on missions eliminated.
* Bugfix AdditionalMapTypes – now there are also three degrees of oats in rye and rye.